About a month ago we got a phone call asking if we could take in a couple of wandering chickens. Wandering~ literally into someone’s yard on a busy street. No owner or caretaker could be claimed. Sure. Why not? What’s 2 more chickens? Well, 2 more chickens.

Monday one of our milk customers called with a tale of a middle of the night raccoon woe; lost 2 of their birds with the possibility of a wounded 3rd going soon. We offered her the 2 new girls (I dubbed them Thelma and Louise) which turned into just 1 new girl as we believe the other is a he not a she. Time will tell with that one. Having had our share of raccoon trouble, Niko was immediately sentimental and since the two new birds were not adapting well into the pecking order, we thought to do all a service with the exception of said rooster. Which who knows, if he turns out to be quiet-ish with his crow he may be serviced (*wink wink) and of service after all.

Last night we had our own 4am coon alarm, though couldn’t at first figure out why. With the moon so full we barely needed a flashlight, but all seemed secure. Confused, I went back to bed and Niko told me later they had gotten one of our Jerseys. I still can’t figure out why she wasn’t in the coop. She was never one to fly over the fence or stay out after dusk. When I closed up last night it was already past dark and I had no inclination that anyone was out. Very strange happenings. Poor chicken. The coons at least had the decency to drop her in the compost pile when they were done with her. Niko has been perfecting his bow hunting skills so 3 raccoons may be 2 soon. I would not be opposed. These 3 have plagued us for over a year now and I’m tired of it. I’m considering calling a trapper, but Niko wants a go. If this seems inhumane to any of you, dear readers, then you’ve never seen what a raccoon can do to a flock of chickens.

Losing the Jersey follows the loss of 2 of our older girls as well. One last week, one about 2 months ago. Both unknown causes. Being a farmer and keeping livestock teaches you many lessons of death, and the circle of life that must carry on. 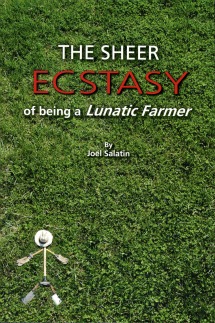